Matzo Granola: From Family’s Kitchen to Store Shelves  On Passover observant Jews commemorate the mass exodus from Egypt and for eight days, they eat Matzo. That’s the dry flat cracker known as much for its cardboard taste as its symbolism. And that is what fueled the entrepreneurial spirit of an Atlanta couple. From Atlanta, Susan Mittleman sampled their business venture. (NPR Morning Edition, WABE 3/2013) _____________________

Supercross: The Height of Dirt Season Under the Dome The Georgia Dome has two seasons: football season, and the second season, which includes soccer, basketball, concerts, graduations, and Dirt – which kicked off last week with Monster Jam and continues this weekend with Supercross. (WABE, 2/2013) _______________________

Community Acupuncture for Veterans with PTSD  In 2012, more than half a million veterans sought help for Post Traumatic Stress Disorder from the VA.  The military estimates at least 20% of Iraq and Afghanistan veterans suffer some form of PTSD. Which is why a group of acupuncturists here in Atlanta have set up a free clinic for military personnel and their families. (WABE, 2, 2013) _________________________________

30 Days With My Father  As we learn more about soldiers returning from war with Post Traumatic Stress Disorder, it’s still rare to hear from the children of these veterans, and what it’s like to grow up in such a household.  Christal Presley has broken the silence about her own secondary trauma in a new memoir called ‘Thirty Days with My Father.”  (WABE, 10, 2012) ___________________________

Ex-Offender Job Fair With Georgia’s unemployment rate at 9.2, more than a percentage point than the national average, many skilled workers are still looking for jobs, even basic labor. For people coming out of the justice system, getting a job is key to starting a new life. But having a felony on your record makes that opportunity even harder. (WABE, Oct, 2012)______________________________

Oakland Cemetery’s Restoration: A Walk Through Time  At 48 acres, it’s one of the largest green spaces in the city of Atlanta. It’s filled with artwork, sculptures, Victorian architecture and tropical gardens.   It’s also the city’s most historic burial grounds. And as Susan Mittleman shows us, Oakland cemetery’s restoration is like taking a walk  through time. (WABE, Aug, 2012) _______________________________

Zombie School  Whether it’s the recession…. or something else…. the ‘undead’ are rising in popular culture.  The Walking Dead, the most popular show on cable TV, is now shooting its third season outside Atlanta.  Swarms of actors and extras who’ve always dreamed of playing a zombie, a re-animated corpse that feeds on living humans, are vying for opportunities.  But playing the ‘undead’ is harder than you might think, as WABE News found at “Zombie school”.  (WABE, June,  2012) ______________________

Veterans Resource Center at KSU  For veterans, transitioning from military to civilian life can be overwhelming. And navigating your way through a college environment can be frustrating and isolating for any student, especially vets. Which is why the veterans resource center at kennesaw state university was set up. (WABE 2011)
____________________________________________

End of Nosh Jump Starts Careers The Atlanta Underground Market was a secret monthly food event that got so big, it outgrew its secret, and ended up going public. But, its incarnation as the’ Nosh’ didn’t last long . Susan Mittleman reports on how some vendors who took a leap of faith in a business idea are progressing, now that their umbrella has bust. ________________________

The Atlanta Nosh Just over a year ago, a secret flash-mob style food fair made its first appearance in Atlanta.  The Atlanta Underground Market featured home-cook vendors who tested out their goods on curious consumers. It became so popular that last weekend, the “underground” market debuted “above ground.”  But now that the secret is out, can the new business model succeed? (WABE, 2012)_______________________________________

Year Up A group of 80 students are about to begin six-month, corporate internships. That may not sound like a big deal to some people, but just six months ago, these young adults never imagined crossing over the economic divide, let alone for working for top notch businesses. But as Susan Mittleman reports, their time at “Year Up” is preparing them not only for careers, but how to succeed in life. (WABE, 2011) _______________________________________

Yoga’s Affect on Homeless Veterans According to the latest figures, there are nearly 1600 homeless veterans in Atlanta. Yoga may not exactly be the first thing on most of their minds. But a couple teachers and a group of veterans have been discovering just how helpful this practice can be. (WABE, 2011)

Child Advocate Calls on Adults to Help No matter what the law says, advocates say one way to stop the commercial sexual exploitation of children, is for adults to take more action when they see kids in trouble. Susan Mittleman spent some time with child advocate Sharon Saffold at the West End Mall to learn more about what’s happening in one of the city’s known solicitation hot spots.

Hidden in Plain View In 2005, Mayor Shirley Franklin’s office issued a report known as “Hidden in Plain View’ – detailing the pervasiveness of child sexual exploitation throughout Atlanta. That report was a wake-up call for Scott Weimer, Senior Pastor of North Avenue Presbyterian Church, because the church sat directly on one of the city’s most troubling corners.

International Child Sex Trafficking According to the U.S. State Department, an estimated 12 million people are victims of international human trafficking, which includes child sex trafficking.   The following is a conversation with Brock Nicholson of ICE- Immigration and Customs Enforcement about In the Atlanta area, the problem is growing.

Haitian Medical Evacuee Follow-up Within weeks of January’s devastating earthquake in Haiti, a number of critically injured victims were airlifted to Atlanta-area hospitals for medical treatment. Susan Mittleman caught up with two survivors who are slowly taking the next steps toward recovery. (WABE, 2010)

Computers for Under-resourced Middle School Kids When it comes to academic achievement, research has shown that parental involvement is key in a child’s formative years. One non-profit ‘s  mission is to help low-income middle-school students do better in school by improving their home learning environment, one computer at a time. (WABE, Atlanta Public Radio 2010) __________________________________________

John Portman Exhibit: Against Backdrop of Recession At a time when many architects are feeling the sting of recession, this new exhibit seems both fitting and ironic. (WABE, Atlanta Public Radio, 2009)

From Trees to Tank In the Deep South, they’re looking to their forests to make cleaner, greener fuels. (The Environment Report, Public Radio, 2009)

Le Flash From dusk to midnight, artists flood the streets of Castleberry Hill with sights and sounds of LE FLASH, everything from moving images to moving bodies. (WABE Atlanta Public Radio, 2009) 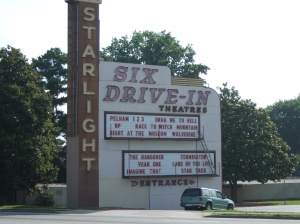 Starlight Six Drive-In & Flea Market By night, the Starlight Six functions as Atlanta’s only Drive-In movie theater. But by day, every weekend, the lot turns into a giant flea market, one of the last true old-fashioned open-air markets in Georgia. (WABE, Atlanta Public Radio, 2009)

During tough times like these… a dose of laughter can often be the best medicin, at least, a temporary fix. (WABE, Atlanta Public Radio, 2009)